Ooh I’ve been a bad blogger in this blog this month. Sorry about that! I’ve actually started a ton of posts but by the time I get around to finishing them, I figure “Who cares about this?” Although why I care what other people think about this blog, I don’t know. It’s just where I write randomness. 🙂 But I’ll have more posts next month because the family is going on vacation again! Woo!

This past weekend was a super busy one for me. Actually, since Wednesday, I’ve been in SL maybe 3 hours altogether. I got SUPER sick Wednesday night while doing a photo. I have no idea what happened. I just suddenly had a fever and uncontrollable chills. I hate being sick, so of course I was a super grump for days even though really it was just that one night. Then Saturday I was out all day and I fully intended on logging into SL that evening, but MORE RL stuff came up and we spent the night cleaning because we were going to have people over yesterday. I figured that it would be over early enough that I could get back in world but it was not.

For most people, not logging in for a few days is probably not even a big deal at all. But SL is where I go to relax and it helps with my anxiety, so it was nice to wake up this morning and head in for a few minutes. 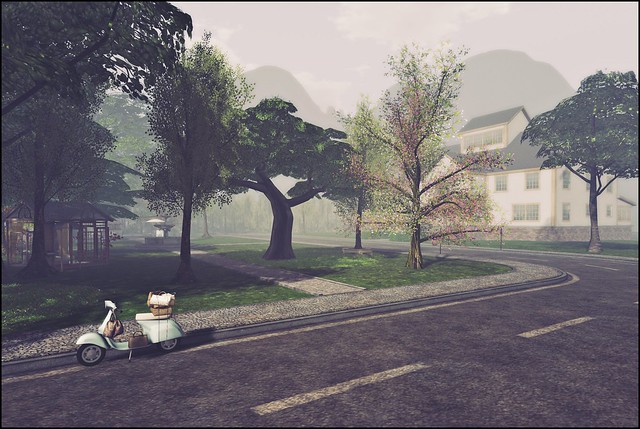 My RL is not as chaotic as it used to be. I’m VERY blessed that it is not because I know it can change in an instant. Unfortunately, my brain doesn’t calm down in the calm times. I’m forever waiting for something bad to happen. I know that it’s not the right way to be, but well…tell that to my brain. *laughs* Being able to be in SL, even if I just have 5-10 minutes alone to look at the sim, it makes such a world of difference to me. It’s actually better than any medication I’ve been on, which is kinda cool.

Now that all the sickness and craziness of the past few days is over, I can go back to what is normal for me, and I like that quite a bit. I miss my SL family and I’m THRILLED that next Monday we’ll be heading for our vacation!

But it’s time for me to get up and go do some stuff. Groceries gotta be bought, clothes gotta be washed. 🙂 I feel better now that I’ve blogged, too. Writing in a blog is really the best kind of online therapy for me! I’ll try not to go so long in between posts again. ❤