Berry’s Monday Meme on Wednesday? Why not? 🙂 This week it’s a Double Threat. 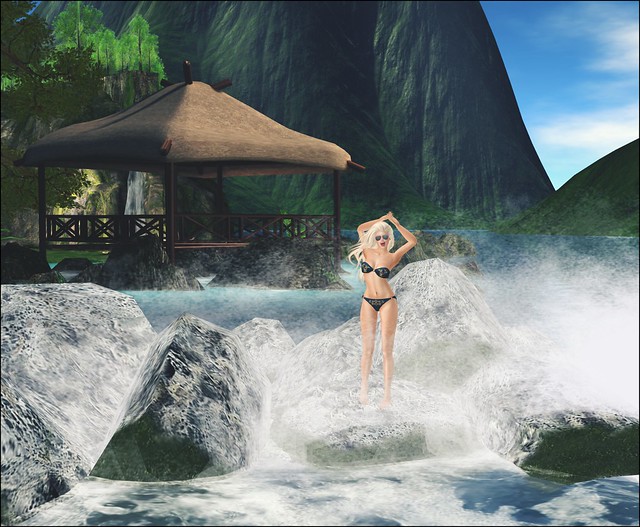 My original screen name when I first started chatting online was Tinkerbelle. Shut up, I was 15. I was also Lady Grace in a text based RPG that I played for a while.

I love the creativity and I love being able to be with people I love every day.

I had a beautiful wedding and I wrote articles for a couple of magazines.

Two things you still want to do in Second Life:

I want to learn how to make mesh one day. And … I’d like to be invited to blog some big events without having to apply. *laughs*

Two things you like about your Second Life avatar:

I like my avatar’s face [which is why I’ll probably never wear a mesh head] and I like just the overall shape of my av’s body.

That alpha glitch that makes it so you can’t stand in front of certain trees and items without having that clear “halo” around the hair and when people refuse to use the ankle lock in their pics so their heels hit the back of their legs. IT LOOKS DUMB, DON’T DO IT.

Two things you did as a newb that you’re embarrassed of:

When I first started in 2006, we could map ANYONE on our friends list, so on occasion, I mapped this guy I was dating to make sure he really was dancing on camping pads for $L and not with some other girl. LOL!! Ummm… and at some point I put on a new hair base, but I didn’t know that hair base = eyebrows and so I thought my skin had changed because suddenly I looked SUPER SURPRISED and I was embarrassed that I didn’t know what had happened to my skin, so I saved up and bought a new one. *laughs*

Two of your closest friends in Second Life:

Aldwyn and… the rest of my family. ❤ I can't pick favorites.

Two of the most beloved things in your inventory:

My wedding ring and a rose by Light Waves that I put out in every house I owned up until recently since it’s like 24 prims and ain’t nobody got time for that.