So last night I was glancing at plurk when I saw Birdy say that my presence was requested in 2.5 minutes. *laughs* I’m just glad that I had chosen that moment to look at plurk because I had been thinking about just curling up on the couch and watching tv. I logged in and my sister and brother in law grabbed me on Skype because they had also been told to be on. I got dressed while we waited for Aldwyn and then we were teleported over to where the kids were. And these little monkeys… they had set up a stage and did a dance for Lolita and me for Mother’s Day! 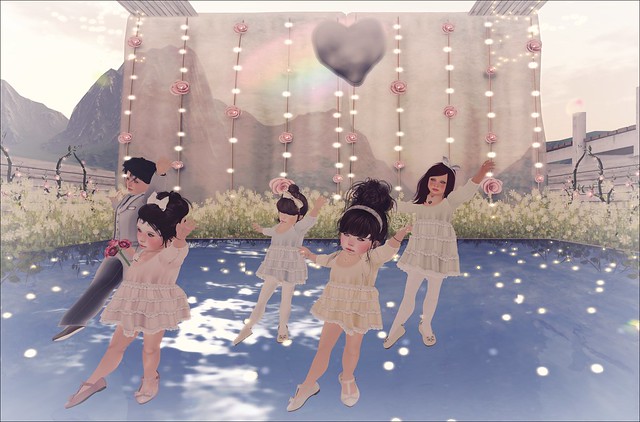 It was insanely cute! They did a dance for us last year, so I didn’t really expect anything this year. But it was sooo sweet!

After they danced, they served us dinner – Sketti-Os! Hey, the oldest is 8 and the youngest is 3. That’s pretty good cooking when you’re little! They also gave us gifts and pie. Okay, so the pie was “Cajun style” and a little black on top, but a little charcoal never hurt anyone.

We ended our evening with a carousel horse race around the street. 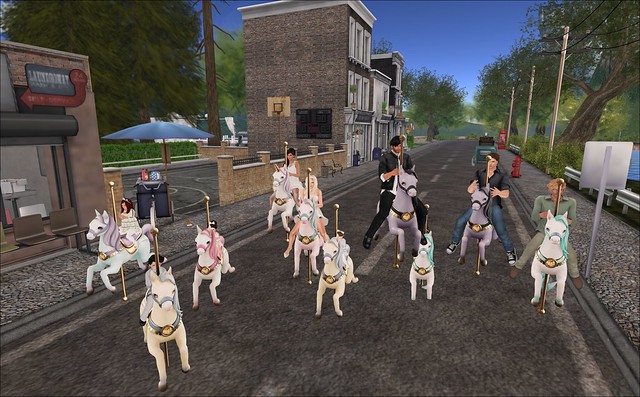 THEY PUT ME IN THESE SITUATIONS AND THEN ARE SURPRISED. I DON’T KNOW. 😀

Actually, no. That wasn’t how we ended our evening together. We actually ended it with Aldwyn suddenly snoring in our ears and me placing him in a blinging case while the children put food in it so that if he woke up, he wouldn’t be hungry.

[I have a pic of the box, but Flickr is being a jerk and the dang picture won’t upload. So I’ll add it here whenever Flickr decides to get its sh*t together.]

Hey, you fall asleep on us, you pay the consequences.

It was a really really lovely evening and I am so lucky to have such sweet and thoughtful people in my life. ❤

One thought on “Mother’s Day”