We lost someone today. Scarlet Chandrayaan, owner of Alouette, but known better on plurk under her real name, Amy, passed away. She fought her cancer until the end, never seeming to lose the bright, sunny personality that we all associated with her. She was one of the sweetest girls I’ve ever met in SL.

I won’t lie and say we were besties or anything like that. We weren’t. But she was someone I admired and she was always kind to me. I was deeply saddened to hear about her passing, although I think all of us expected that it could be any time. After hearing the news today, I headed to Renee’s memorial garden to set out a paper tree that Amy had made last year and to say a prayer for her. 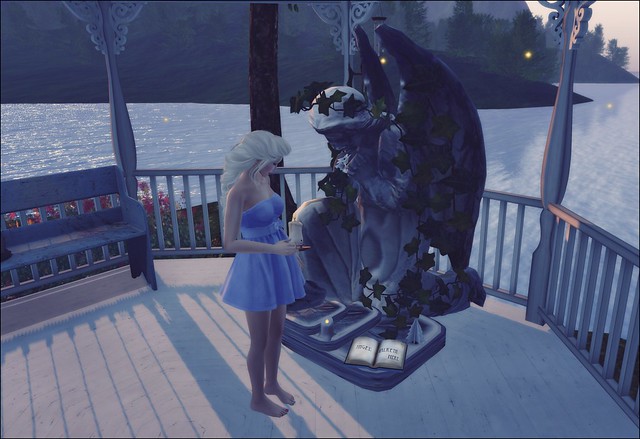 Both Amy and Renee had something that I truly wish I had in me. They had the ability to face their issues publicly with a smile. Even if they complained about something, it was brief and they just kept going. So much positivity!! Me… heck, I about had a nervous breakdown last week for something that truly wasn’t a big deal in the grand scheme of things. It’s humbling. It’s a lesson that they’ve taught me. It’s a lesson I hope that I remember when adversity comes my way again.

I don’t know what Amy believed in as far as what comes next. I know what I believe and I believe that she’s in heaven, being reacquainted with former family and friends and pets. She’s strong and happy, ready to be a guardian angel for those she loved best. That is what I believe.

Rest in peace, you lovely girl.