Guess what time of the year it is? It’s summer camp time! And guess what else? 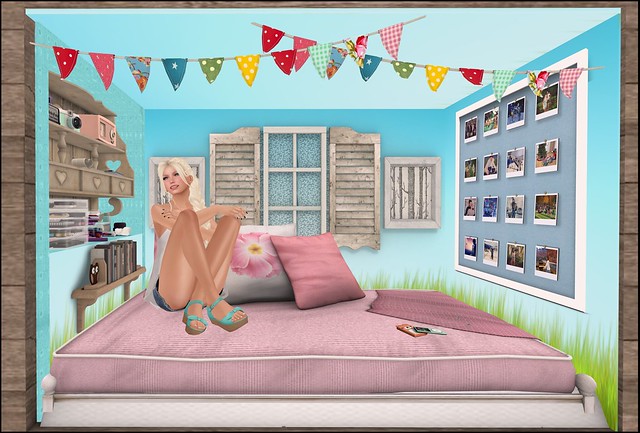 I’ve mentioned camp before in several posts. Camp Hardknock usually takes place each summer and winter [there was no winter camp this year] and it’s for the kids in the SL community. But, like any camp, there are adult counselors and this year I was chosen as one! I wasn’t going to apply, but since this is very most likely the last Camp Hardknock, and my sister and brother-in-law were applying [they’ve done it before], I decided to give it a shot. One application and one interview later and I’m in!

Last night the family decided to get started on our bunks. Every camper and counselor gets to prepare their own bunk, which I have blogged about before. We get 50 prims to play with and this is DEFINITELY where mesh items come in handy. I decked out my whole bunk for about 30 prims! Woot!

Almost the entire family is heading to camp next month. My Birdy won’t be joining us because of RL school, and plus I’ll need her to watch Aldwyn for me since he’s not going either. 🙂 It’s going to be really hard to be away from them for a week! Because I’ll be in voice with the campers and in another voice chat with the camp staff, I will probably not to get to skype very much and that’s going to be kind of hard because I’m used to skype calls almost every night with Aldwyn. We’ll survive, though! Especially since when we get home from camp, we’re going on another family trip to the rainforest! Woo!

But speaking of rainforest, I’m off to the store as it’s supposed to be rainy here in my offline world for the next few days and I need food!