We’re still rollin’ full steam ahead on the camp train! On Saturday, there was a party for all of the camp staff. It was a toga party and my sis decorated a really beautiful setting for us. The party was mainly a “Get to know you” thing, which I liked because seriously? I don’t really know these people. *laughs* I mean, I’ve run into them here and there and seen them on plurk, but I don’t actually know them. We took a group picture near the end of the party. This isn’t everyone, since everyone couldn’t come, but I think it’s most of the staff. 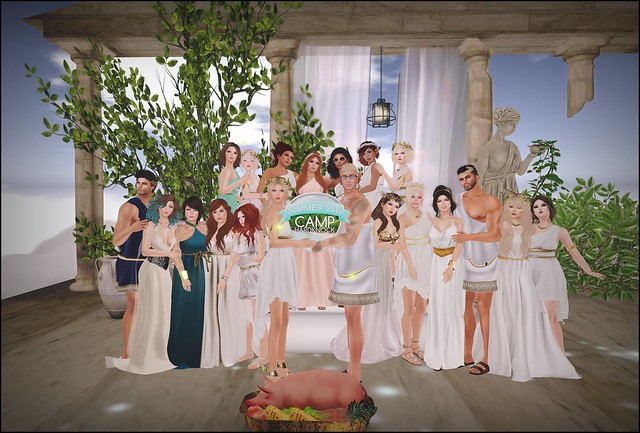 I also realized why I don’t take a lot of photos of other people. I have this need to control where everyone stands and how they stand. And well…I wasn’t in control of this picture. Although I did get them to move the pig [who is actually a person] so…there’s that. I’m too used to taking pics of just myself, I think.

While I am excited for camp, I’m starting to worry a little about it. As an introvert, I need quiet time, even in SL. And I don’t want to be the counselor who keeps running to the platform to get away from people. *laughs* That would be so rude!! And camp is very immersive, which I am most definitely not used to. I dunno. I guess I just don’t want to screw it up and make the kids have a bad time.

I know most of my doubts are probably for nothing. I’ve just been in a mood the past few weeks. But there’s also that part of me that is always worried when I do something new for the first time. It’s the bad part of being so competitive for no reason. I want to be immediately good at things and not knowing if I will be really gives me a lot of anxiety.

I guess I shouldn’t worry too much. I’m sure everything will come together once we’re actually there.

But I do keep teasing the girls that I’m going to be taking my Homeless Kids Wagon to fill it up at camp. The veteran staff members keep saying that almost everyone comes away from camp with one kid. If my wagon can hold Aldwyn, think of all the littles I can fill it up with! 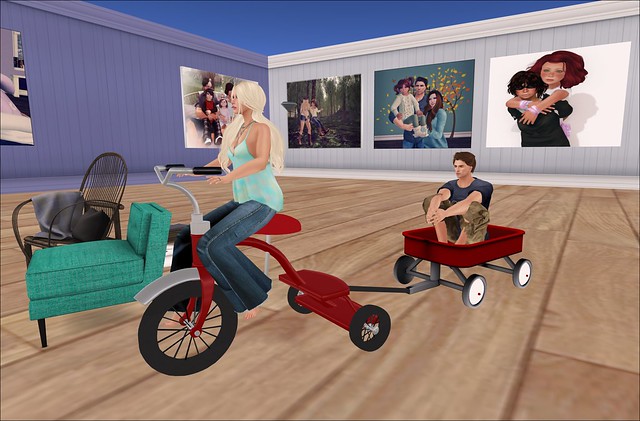