I *think* Lolita is almost done with decorating Bluebonnet! 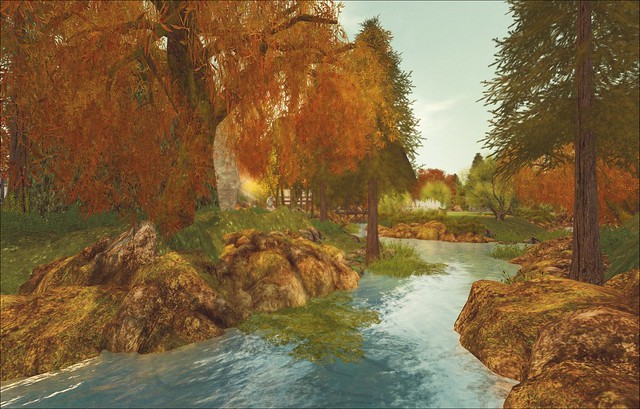 I mean, I could be wrong, but honestly, I can’t think of anything else she could possibly add! Every bit of land has been tended to and the place looks AMAZING. I can honestly say that this is the best Bluebonnet has ever looked in its history, even before the place was called Bluebonnet. [Long time readers/friends may remember that when the sim was transferred to me, I renamed it.] Everywhere I go on the island now, it’s gorgeous. We have a road that goes allll around the island now and I LOVE to drive. [Don’t listen to my family. I’m a great driver!!!]

It’s funny, though. I knew Bluebonnet like the back of my hand for so long. Now when I look at it, I don’t know where anything is! *laughs* I tried to find what I thought was the middle of the sim last night but I was wayyyy off. Because for so many years, the middle of the sim was up on a hill. It’s like my direction is all off!

Our house is just about finished, too. I really think getting a slightly smaller house was a good thing. I do wish it had just ONE more bedroom, but it’s not really a necessity. I’m still adding a few touches here and there but mostly just randomness from The Arcade at this point. I’m still not QUITE sure what to do with our back patio, though. I have ideas, but I think I’m being lazy about actually doing anything. I was extremely under the weather last week to the point of sleeping pretty much all day for several days. Which was terribly annoying, to be honest. I feel somewhat better now, but my brain is still foggy, which is why I probably cannot figure out what to do with the patio. It’ll come to me, though. It usually does.

Or I’ll just stick a big ol’ tree on it and be done with it. *laughs*

One thought on “Ever So Pretty!”