So yesterday was Bluebonnet’s 7th anniversary. I know, right? Who keeps a sim that long? *laughs* Okay okay, so lots of people do. But considering I didn’t really want the dang thing in the first place, it’s a long time. It looks so different now and so beautiful! I believe we’re going to have our sim-warming party on Wednesday evening. Nothing fancy, maybe just a street party or in the pumpkin patch or something. I’ll play some music, maybe there will be cake. 🙂

Aldwyn, Birdy, and I took a hot air balloon ride over the island tonight. It’s just so lovely. 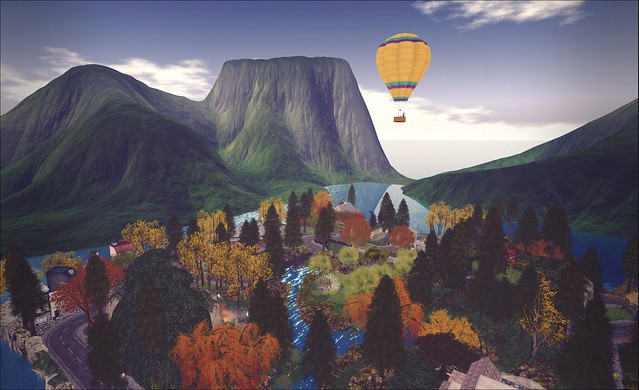 After Birdy went to bed, we settled down for some quiet time. Well, quiet after we laughed that Aldwyn was basically wearing the same shirt in SL as he was in RL! It was really funny! He even sent me a pic so I could see. I guess our RL fashion habits are never too far away, even in SL. But we were mostly quiet as he got stuff ready for work and I played Crossy Road. [Ugh, love that stupid game so much.] 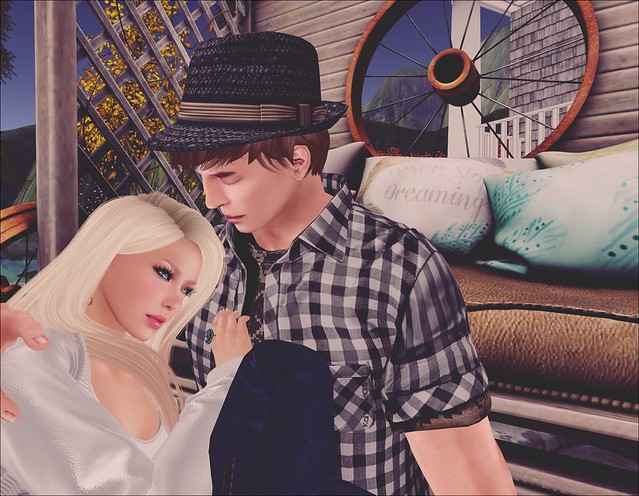 I really love that we’re getting back into a routine now. Summers are so all over the place for us. During the summer, we could go days without seeing each other or even talking much, if at all. And it’s not like it was a surprise or anything. After all, we’ve been together for 5 years, so obviously this was not our first summer together! But it did suck, so I’m happy we are able to spend a little more time together now.

And with that… I should probably go to bed! ❤