On October 18, 2006, someone I was close to at the time said, “I’m sure you’ve heard of this before, but there’s this thing called Second Life and it’s like The Sims, but you play with other people.”

I was in a really bad place in my life at that time. A few days ago, I was looking over some things I’d written in the couple of years before I joined SL and it made me sad at how damn hard I worked at proving I was fine. I wasn’t fine. I was deep into my eating disorder [numbers were my thing – counting calories, carbs, Points. If I could count it and play with the numbers, I was good]. I was drinking like a fish. Things were bad. So I came to SL, lied about some things, got caught up in a life that wasn’t mine, and hurt people who hurt me, too.

But I’ve talked about all this before. No use rehashing. Let’s just say that grief makes you someone you don’t recognize if you don’t allow yourself to grieve. And eventually, it comes out no matter what you try to do to push it away.

Nine years, though. That’s a heck of a long time. But in many ways, it’s not that long at all. I discover new things all the time. SL changes, we get (hopefully) better at it. It’s all good and there are a lot worse things I could have been doing in the past 9 years, that is for sure!! 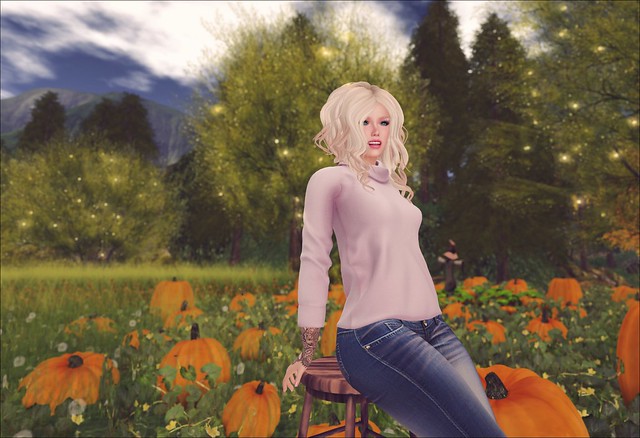 That all being said, like many milestones in my SLife, I’m starting my technically-9th year with the possibility of a new adoption. Or at least, we’re hoping to match with the little girl that I mentioned in my last post. We put up a panel at Heritage tonight so we could Like her panel. I’m hoping that we match with her. If we don’t, hey, no harm, no foul. As I told the girls, they are more than enough to make me happy and I am very very happy with our family. And there are a million reasons why this girl would not work out. The times could be all off or she could be rude or she could look at our panel notecard and think, “LOL NOPE.” I know a lot of prospective parents IM the kids once they like their panel, or sometimes even before, but I don’t want to push it. Sometimes you just take a chance and let the chips fall where they may. If she sees and likes our panel and we match, I’ll know my feelings on this were right. If not… whatever. I’ve still got 2 great kids. 🙂 Either way, I’m a winner!