I don’t know about you guys, but I’m sooo happy the holidays are over! It just feels better to be back into kind of a routine, you know?

One good thing about the holidays, though, is that you get presents sometimes! Aldwyn bought me the AnyPose pose maker thingy that lets you save your poses! I have been wanting this for a while but it was just one of those things that I couldn’t quite justify buying for myself. I am actually HORRIBLE at spending money on myself, in both lives. I wasn’t always, but it’s a struggle now to get me to buy sometimes even the most basic things because I feel like the money could be spent better on someone or something else. It’s actually a pretty bad habit to fall into. I don’t suggest it.

But I have wanted this gadget for a while because sometimes I can’t find the proper pose for either myself, or for posing with others. Aldwyn and I are quite different in size and so most poses don’t really work for us a lot of the time. I have the Avimote pose adjuster, but it just works on me, and I can’t save the pose later. [It’s actually a fabulous little gadget, though. I’ve used it LOTS of times over the past 4+ years.] So my new toy will help me with pictures with others, which can’t be anything but a good thing!

In fact, I already made a pose! 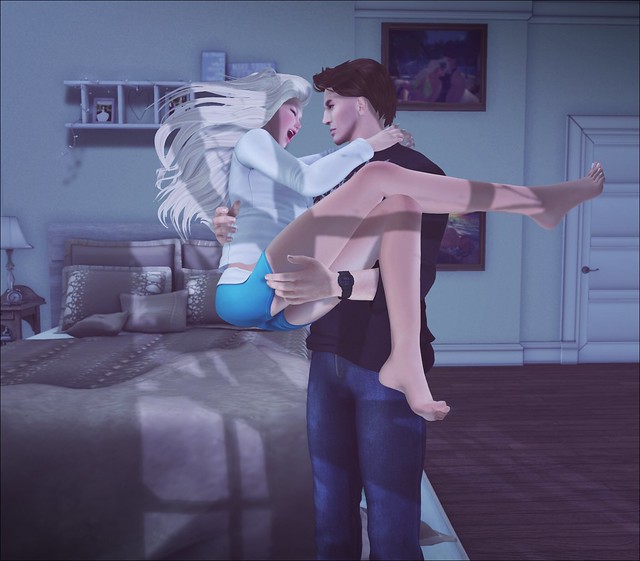 It’s rough. *laughs* In fact, I had to pose Aldwyn twice because at one point I hit a button and he went into some crazy pose and it was just…bad. But then when I posed him again, I COMPLETELY forgot to move his legs at all. So they’re just kinda standing straight. Which kinda works for this pose, but it would look better if he had a little bend to the knee or something. But hey, for a first try, it’s not too bad. I threw it in my super random marketplace store for $1L in case anyone wanted it for whatever reason. I really can’t promise it fits anyone, though. 🙂

I think this thing is supposed to make simple animations, too, but let’s face it. I don’t read instructions. I probably should. Life might be easier if I wasn’t always winging it. *laughs*

Speaking of winging it, it’s time to try to figure out how to make dinner tonight. I have ingredients and I have kind of an idea. We’ll see what happens!