So my Birdy has been talking for a while about wanting to blog. She and Abby have a blog already, but sometimes you just want your own thing. I have worked on collab blogs before and it almost always felt weird to me given that either I felt like I was taking over, OR I felt like I wasn’t contributing enough. So when she said she wanted her own, I totally understood. 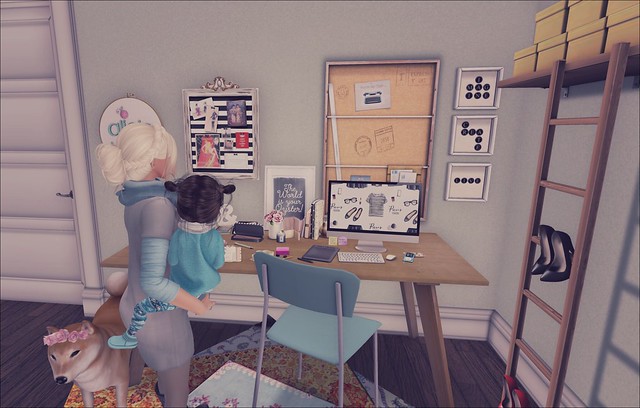 We spent some time last night setting up her new blog, Sunflowers and Coffee Cups. It’s cute, huh? 🙂 It was great to show her how to do a few things and watch her excitement as she posted her first post. She’s blogged before, of course, but it is different when it’s your own thing. But she is in RL school right now, so don’t expect very frequent updates. Or at least, so she says. She could catch the blogging bug and post a billion times. *laughs* It happens!!

I never thought that I’d still be blogging after so many years. Especially not fashion blogging! I also can’t believe that I still love it like I do. Oh, I’ll admit, sometimes I get worn out. I think all of us do, especially those of us who have been doing it for sooo many years. This May makes 7 freakin’ years that I’ve been fashion blogging. That’s a lot of fashion, man. *laughs* But I love it. And I love this blog where I can just ramble and for some reason, I still have readers. I love that I can go back and look at old posts and remember all the feelings I had on those days. Like, did you know that on January 11, 2008, CeNedra contacted me for the first time? She was the reason for so many good things to happen in my SLife. Same date in 2010, I played Dragon Age: Origins for the first time, and that really opened me up to a whole new world of video games. 2013, I was fairly lonely when Aldwyn wasn’t around. 2014, we had Abby and I was a mom. And all of those things I get to experience again, just be re-reading my blog. It’s really nice.

But writing has its price. Like I am now completely behind schedule and only have an hour to get all ready to go out with my RL bestie. Bye!