Whaaat? Two whole posts in one month? Girl, get out. *laughs* Okay, so the last post was just showing my house tour video, so I guess technically that wasn’t really an update. But who gets technical around here anyway, right? 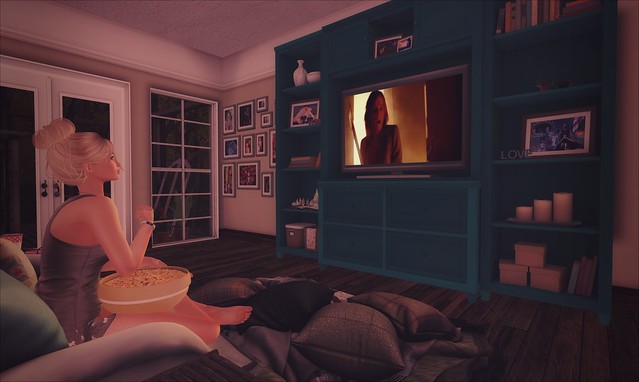 So March has been a LOT better than February, that’s for sure. I kind of figured it would be because of the time change [yes, I’m one of like probably 7 people who LOVE “springing forward” and HATE “falling back”] because for the past 20 years, that’s basically been the case for me. Plus, I cut way way back on my news watching. I pretty much just keep up with just a few news accounts on Facebook now, and of course there is Twitter, which I have been slightly more active on lately. I know it sounds almost irresponsible to not be constantly up to date on what’s happening in the world, but I also feel like for me personally, it was necessary. And yes, I have the luxury of being able to do that. I fully realize that is privilege.

Being that I’m not constantly weighed down with current events and all, my creativity has slowly been returning to Second Life. I haven’t done as many blog posts as I probably should have done for the style blog, but I’m averaging about 2 a week, even though some of those are video posts. It’s not that I don’t WANT to blog more. I just simply haven’t had the time to devote to coming up with a photo. Vlogging, for all that it is more time consuming, is easier for me these days.

And honestly, that is something I thought I’d never say. *laughs* When I started vlogging, it was weird to me. That people would want to listen to me, and see things that I show. There have been bumps along the way, that’s for sure. Being an introvert with extreme social anxiety, the whole “Omg, let me just stop at your house because you showed it and obviously that means you don’t mind visitors” thing that was happening for a while… yeahhhhh. But you have to take the ups and downs, really! The good has outweighed the not so good, definitely, so if on occasion I have to tell someone “Could you not?” Well…that’s just something that has to happen.

So what else? Mmm…I don’t know. Things are fairly good right now. I am attempting to be a tiny bit more social. I am brainstorming new video ideas. I am thinking of more photo ideas. I really want to start making more poses again.

But that will all come in time. For now, I think I’m going to go play a game. ❤