Well, the honeymoon is over!!

Haha, no, not in THAT way. Did I scare ya? I mean, we left our honeymoon vacation today! We had an absolutely lovely time. Our little private paradise was everything we could have wanted. We had almost 2 weeks of fun, games, and just being together. I swear, almost every night was like a date night for us!

But it’s time to get back to doing what we do. We’re setting up our new home on Bluebonnet, and guess what else?? We are reopening Bluebonnet for rentals! I was not sure I’d ever do that again, but truthfully, there is so much land that goes basically unused. We’re only accepting 5 renters (well, we have 5 parcels up for grabs. Families are, of course, welcome.) I hope we’re able to get some really nice people in there. Jeremiah is handling the rental side for the most part because he’s used to it from doing rentals on his own region. I’m mostly going to be decorating the land and making sure everything looks like somewhere people would want to live. We’ll have a few places for people to hang out and see and everything. I really just want it to be a place that feels like home at all times.

So, even though I am sad to leave our little slice of paradise, I’m very excited for the next adventure.

Next stop, our life! 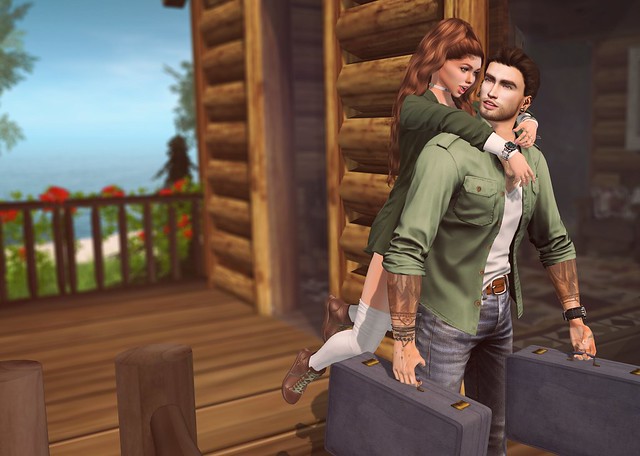 I hope everyone had a great start to their year! It’s been busy busy here. I made a goal to do at least one style post more than I did each month last year, which meant for January I needed to do 6. But something funny happened. I started to really enjoy it again! Not that I ever NOT enjoyed it, but I felt like I was in a huge rut last year in my quest to try to really be good and trying to please some creators who were very demanding with what they expected. This time I’m just doing pics the way I want, trying some new things, and it’s fun! Of course, ask me again next month when I need to do 15 posts. *laughs*

On the business side of things, I have a parcel available on Bluebonnet!

This is a corner parcel and it’s PLAIN. My renters use their own houses and they terraform/landscape the way they want. The terrain changes for the seasons but everyone supplies their own trees and stuff. The reason I have to really specify this is because there are a lot of residential places that are pre-landscaped and come with houses. We don’t do that on Bluebonnet. All the prims on your parcel are yours. I don’t even have rent boxes! If you’re interested in the parcel, IM me in world and I’ll be glad to show it to you. 🙂

Tonight was Payton’s birthday party! We kept it small, just family, and it was 80s themed! 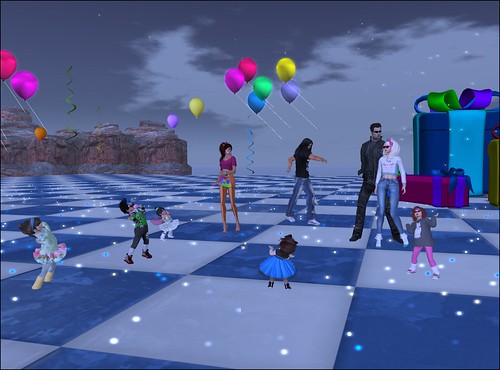 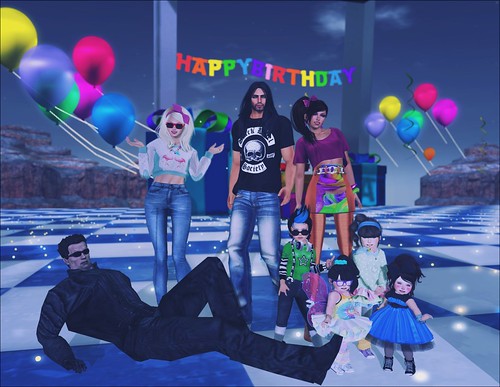 After we danced and Payton got her gifts, we played human pinball! It was SO MUCH FUN! We had a gigantic pinball machine and Abby made a pinball that we could sit in and then we went rolling down the machine to try to get 1000 points! 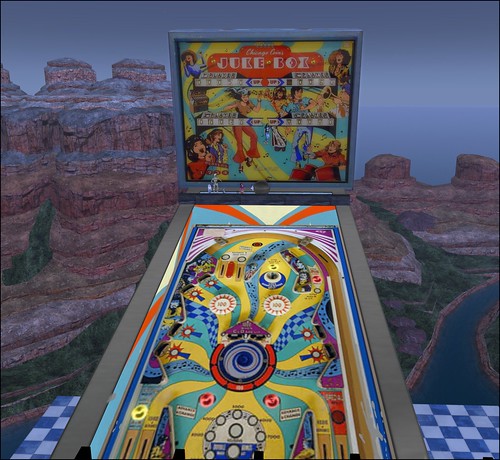 It was just a super fun party and we had great conversations and lots and lots of laughs. My family is the bestest! ♥

I’ve been getting ready for our party tonight. I hope people like sparkles because well… we got a lot of them! LOL! 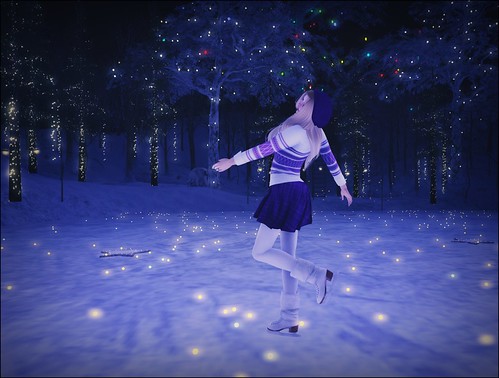 I really can’t wait for the party! It’s always fun to get together with friends and family, especially those we don’t get to see as often as we’d like. If you guys would like to come to the party, we’d love to see you there! The party is at 8pm SLT!

Tonight was the first meeting of the Bumblebee troop! Our little bees buzzed around the beehive, and then took to the skies and became…Bubblebees!

Sorry for the poor quality of the photo. My graphics were cranked way down so I wouldn’t crash too much since we had about 25 people on the parcel. But aren’t they cute??

Have I even mentioned the whole scout thing in here? I feel like I probably only plurked it. Sim Scouts is a fun thing for the kids in SL to do. It’s like Girl Scouts/Boy Scouts/Camp Fire. There are 6 troops with an average of 20 kids in each group and each troop meets for an hour on their meeting day. Lolita and Takeo are the troop leaders for the Bumblebees, and I’m the den mommy! They come up with all the stuff to do, and my job is to pass out band-aids and give hugs and also bring snacks. Tonight we had cupcakes and lemonade!

I think the kids really enjoyed the hour. I know I had a lot of fun listening to them laughing and coming up with answers to the “Getting To Know You” questions.

But… The troops and the leaders need new uniforms! Their shirts just don’t fit very well at all for any of them, and the sashes are hard to edit. Makes me wish I knew how to do mesh. I’d whip them up something new in a heartbeat. But I guess for one day a week, it’s okay. And being a den mommy, I don’t have to wear the uniform shirt anyway, soooo… there’s that. 🙂

Oh my gosh, what an awesome party tonight!!! If you made it, thank you for coming!! If not…well, there’s always next year! We had about 30 people there, so of course I couldn’t see anything because I had to keep my settings so low. So, as usual, I stole a picture from my sister!

Actually, if you have Lolita on plurk, there are gifs of the party, too. It was soooo much fun!! I always – ALWAYS – have a brief moment of panic before every party that noooo one is going to show up. But we had plenty of people, friends, family, plurkers, etc. I loved every minute of it!

I’m exhausted, so I think it’s time to crawl into bed with Netflix and my cat. I love you guys!

I always enjoy getting together with friends in SL when it’s not a just a party setting. I don’t really just “hang out” with others very often. Probably because I’m kind of a bad conversationalist. At least, I’m a bad conversationalist with people that I am not around much. If you asked Aldwyn, he’d probably tell you that I chatter on about absolutely nothing most of the time. :-p

But, tonight I did go and hang out for a while at the Oleanders’ place. We played Connect Four! It was super fun, even if I’m pretty spectacularly bad at it.

After the game was over, and after I told Lolita and Takeo that I was just going to wander over to their house and look in their fridge from now on, I headed on home. And much to my surprise, everyone came home when I did!

The living room still isn’t completely done, so don’t look at it too hard.

Ulaa had to leave us to go do other stuff, so Aldwyn and I headed to Maitreya because there’s new stuff there. I hadn’t planned on buying the new dress, but the darn demo got me and we decided I needed it. And boots. Because, you know… new. :-p I probably won’t blog the look just because everyone and their mom will do it, but it is super cute.

Of course, the best part of the day is ending it safe and sound in his arms. 🙂

My friend Emerald is pretty awesome. She’s bright, witty, and the kind of writer I’d like to be one day. She’s also one of the original Bluebonnet residents and has been on the island with me pretty much since I took it over. But the BEST part of being Em’s friend and neighbor?

She totally has the BEST YARD.

I have absolutely NO idea where she finds half of the things that end up in her yard, but I’m glad she does, because it’s so much fun to look at!!