So last month, Abby and Birdy came to me very excited. A camp was going to be happening in July, and would it be possible for them to go? It wouldn’t even cost us a cent other than buying the normal supplies. Well, of course I said yes! All kids need a summer camp and with Camp Hardknock no longer in business, I was glad that they found one that they were interested in. This would be a great chance for them to get away for a week, have some fun, and hopefully meet some new friends. They said the camp is actually going to be happening at Disney! They will be taking a train with other campers all the way to Disney. We heard that there might have been some problems with the train tracks… but hey, I’m sure they have it fixed by now. Although I also heard that last camp, the plane to Disney got lost with the kids on it. Maybe that’s why they’re taking the train this year?

They leave for camp on Saturday, so today we started packing them up. Camp girls need lots of things, like surfboards and dolls and spare underpants and… 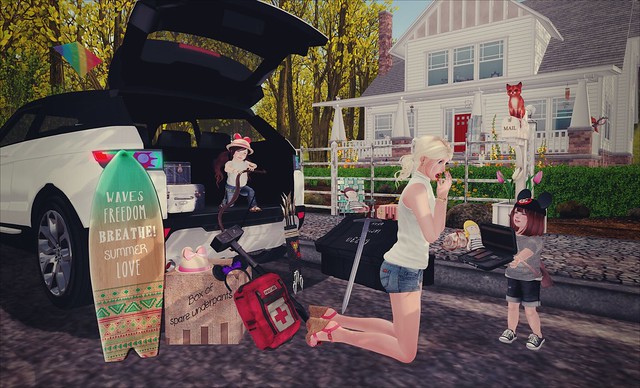 Wait. Why do these girls think they need a bow and arrows, a sword, tactical gear, and a…bomb case?! What in the world?!

Hmm. Why do I get the feeling there’s more to this camp than they are telling me?

PS: I said no to the tactical gear and bomb case. I’m a good mom, after all.

We had kind of a more RP-ish day on Tuesday. It’s rare that we do a whole lot of what people think of when they think of SL families. I mean, just answering questions from folks, they think we are in this constant RP mode where we’re doing dinners every night and tuck ins and all of that stuff. Truthfully, we’re kind of boring and most of the time we’re just sitting or standing around the house talking about random stuff or being quiet while we do our own things. *laughs*

But our friend Jill has opened up a little homeschool and the girls were invited to attend. Birdy, unfortunately, couldn’t do it because of her RL school, but Abby was excited to give it a try. She asked me on Monday if I would be able to take her to school, and if so, could I also take our friends Rory and Heath to school, too. The more, the merrier, so of course I said yes! I decided since we were doing the drop off thing, maybe I should be a better mom and feed the kids before we went. So before school, the kids had sandwiches and lemonade. [I considered cupcakes and soda, but I thought I’d take it easy on Jill and not get the kids all riled up!] My niecey, Riley, was also going to school, so I snatched her up before we left so she didn’t have to go on her own. School drop offs are very easy, and the kids were excited to see old friends, so I just dropped them off quickly and headed back home.

When I caught up with the kids later [I had to be offline for a while, so I dunno how they made it home. Magic, I guess.], they were quite happy with how their class had gone and I was glad! Schools come and go in SL and some of them have NOT been very good. I’m just happy the kids have something to do. There’s not always a lot that SL kids can go do where they can be together in a safe space.

Abby wasn’t feeling well so she went to bed early, and so Aldwyn and I took Birdy, Rory, and Heath out for dinner. The kids had to deal with my driving and they MIGHT have gotten an ocean bath on the way to get burgers, but… well, yolo. 🙂

I really had a lot of fun with everything on Tuesday. We don’t often do that kind of thing and we really should. Plus it was fun having more kids in the house. I’m soooo lucky that Aldwyn just rolls with the punches when we’re doing things because most of the time when he logs in, he doesn’t really know what he’s logging into. *laughs* 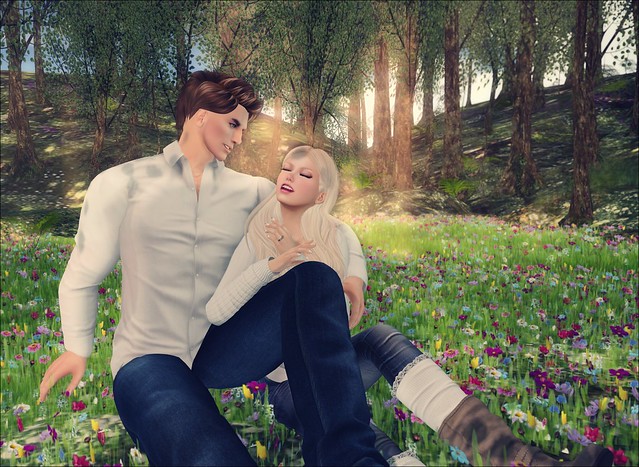 He really is wonderful and I probably don’t say that enough. ♥

And speaking of him, I’ve been putting his gift to good use and I made us this pose! Woo! It’s better than my last one. *laughs* Well, kinda. It’s still pretty rough but I’m learning how to work with the AnyPose. There are a few things I wish it had – like the ability to rotate the arms a little better, or being able to adjust how small the increment is when adjusting limbs. Or maybe there is and I don’t know because I don’t read instructions? I mean…that’s pretty likely. 🙂