So this has been kind of a cool week for me. 🙂 I have actually been chatting with people who watch my videos! That was an unexpected side effect of doing YouTube. *laughs* I want to do another video kind of just chatting about that, so I’ll save my thoughts for another day. But it’s been cool, most definitely.

Another thing is that I’ve gotten some wonderful feedback on my post about family! I kind of didn’t expect that either! People can be super judgmental about something they don’t quite understand or aren’t interested in, so it’s been great getting comments and IMs and stuff about it. So today I’ve just been relaxing in SL [because lord, it is HOT outside in RL and I can’t even with that right now]. Luckily in SL, I can relax and enjoy the day and not fry to a crisp. 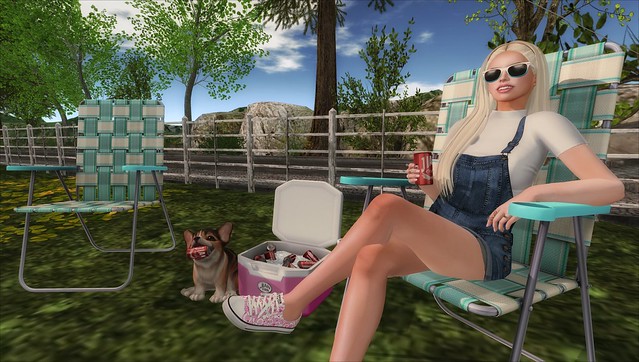 I had a comment in my last post with a question and I thought I’d answer that here rather than in a video just because I tend to get long winded at times and since I’m subjecting you all to probably another 30 minute video on Friday [Luxe Box opening!], I figured I’d just write. 🙂

So Kate asked what I thought about virtual pregnancies. Honestly, I think what you want to do in your SL is your business. For me personally, it’s not something I’m interested in, but I truly understand people who do them.

I mentioned my friend Renee in my post about family. She was one of those people who went through a virtual pregnancy because in her real life, there was no way she could possibly get pregnant. She wanted to experience some form of motherhood and pregnancy, so that’s what she did and she enjoyed it. Again, I think that is probably one of the best uses of SL – doing things that you truly want and would never ever get to experience in the RL.

Now I know that when people think of virtual pregnancy, they think of 2 things. One, those dang tummy talkers that yell at you if you bump the mom, or let the whole world know when your baby wants you to eat your vitamin or is swelling your ankles. Trust me, I’m just as annoyed by those as anyone else. *laughs* And two, they think of prim babies, like the Zooby babies. And for a lot of people, that’s as far as it goes. But there is another side to the virtual pregnancies that, if you’re not in the family community, you might not know about.

It’s not uncommon for parents who have adopted kids in SL to later “birth” the child. No, not like… no, not like you’re thinking. LOL! I know what you’re thinking. But the mother goes through the traditional virtual pregnancy knowing that at the end, the “baby” is their adopted child. It’s more symbolic than anything else. Once the child is born, they are no longer considered an adopted child, but instead are considered a true born child. Actually, our friends Jill and Gattz have done this with all of their kids, and you can read about Jill’s last pregnancy on their blog here. Like I said, it’s more symbolic than anything else, although I think most of the people who do this do get a Zooby baby named after the child.

Now would I “birth” Abby and Birdy? Uhh… probably not. *laughs* I mean, if it was something they truly needed, I would do it. I understand the meaning behind it. But I don’t really have an interest.

So really, like most things in SL, I think virtual pregnancies comes down to “You do you.”

But for real. Turn your stupid tummy talker off. No one wants to hear it.

I’m annoyed today. I woke up annoyed and now, hours later, still annoyed. And by nothing in particular. Just everything. I logged in to try to get a blog photo done and I just can’t do it. I’m too bothered by life in general today.

So let’s just do an edition of “What non-problem problems do I have today?” 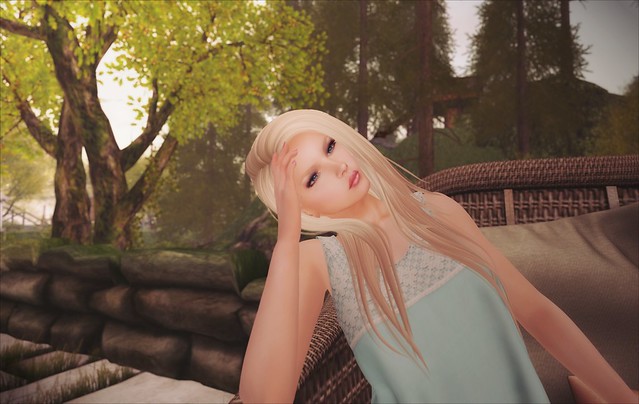 1. My RL is gray. It’s been gray and slightly rainy off and on for a few days now. I hate rainy days that last too long and I hate not having a lot of sunshine.

2. I forgot to buy cream yesterday, and I hate black coffee. Not that it matters because I’m all out of the coffee I prefer anyway and all that’s left in the house is coffee I don’t want to drink because it’s gross.

2b. I’m also out of eggs, so breakfast was a bust.

3. I love being a blogger but I hate this new trend of “Send me a notecard with your posts!” “Here’s a google doc to write your posts in!” “This is required blogging or you’ll be kicked out of the group that I invited you into and didn’t have rules before but now I do!”

I love to blog and I adore the people who allow me to blog for them. But this is not my job. When it starts to feel like a job, I lose interest in blogging that store. I understand post requirements, like 2 posts a month or something. But not all these extra things. Either let your bloggers do it how they want or just do it yourself. Obviously you picked these particular bloggers for a reason. Let us do our thing. You will get more posts out of it that way.

4. No one ever just does what I want without me specifically having to tell them to do it. I’m not complicated. Just… be cute, have fun, and do stuff on your own without me having to say things.

5. I like my new head now but I don’t like that so many of my old hairs don’t work anymore because of my stupid ears and the hairs are rigged so I can’t even mod them to get hair out of my ears. I don’t want to have to buy mesh ears just so I can move them around for my hair.

I should probably stop complaining about life and go get coffee. And god help whoever gets into my way today.