I really hate thinking that our vacation will be over soon. It makes me sad! I want to live at the Grand Canyon forever!

Last night, we had a camp out and told stories. 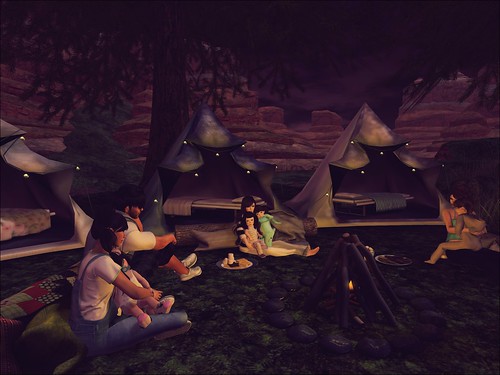 Poor Abby didn’t get to come to the camp out because she’s got the ‘bola, so she stayed in bed. But the rest of us settled in around the fire to make smores and listen to stories. My sis told us the story of Rumpelstiltskin. 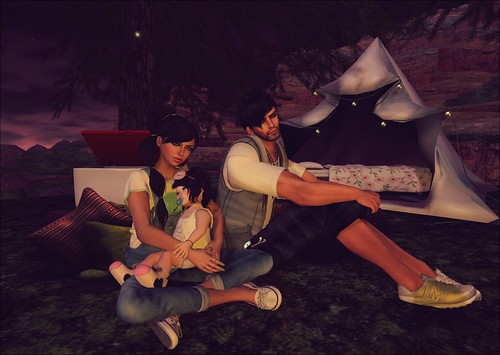 That’s always been one of my favorites, but listening to it now as an adult had me wondering about something. So the girl basically lied to the king by saying that she spun all the straw into gold. Not just once, but on 3 occasions. Then he marries her [I ain’t sayin’ he’s a gold digger…] pretty much based on the fact that she was able to do that. So she’s queen and then almost has her baby snatched and then they supposedly live happily ever after. Okay but… Isn’t their whole marriage based on a LIE? I know he said she’d never have to spin it into gold again, but what if??? Y’all, times are tough. What if the kingdom needed more money later? The economy being what it is and all, sometimes the gold just runs out. What’s she supposed to do the day he’s like “Look, baby. We need some gold. How’s about you go do a little spin magic?” Is she supposed to claim that she forgot how? Yell at him for being careless with the last gold she spun for him? Claim it’s that time of the month and she can’t do it? I HAVE QUESTIONS.

Okay, maybe I got too involved there.

And then Takeo told us a story about some bees and how if you’re a jerk, you end up getting stuck in some human’s bee farm. Birdy and I didn’t have stories to tell because we’re more of the listening type. 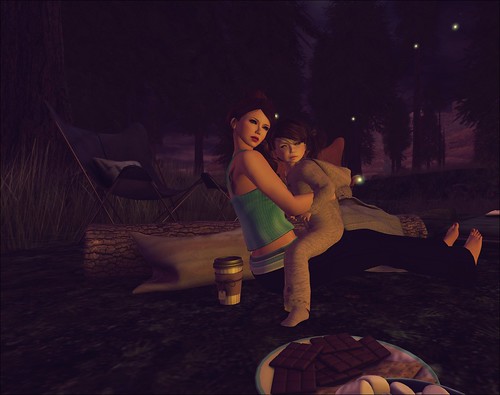 Then Livvy told us the best story ever. It had suspense, magic, romance, twists and turns… and she got a discount at Modcloth! Woo! *laughs* 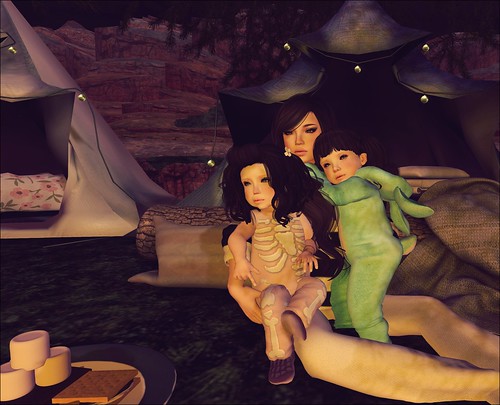 Tonight is fireflies night! We’ll be catching fireflies in jars so that we can keep them as nightlights. Can’t wait!!